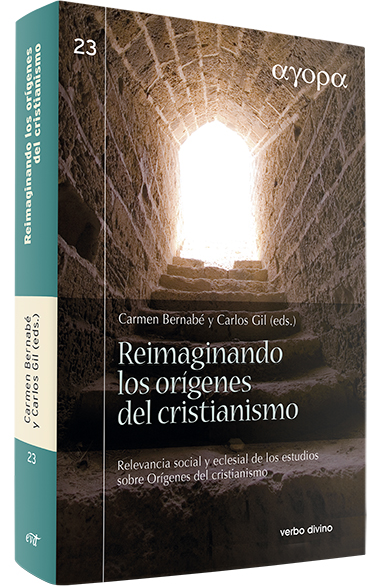 This splendid collection was created as a Festschrift for Rafael Aguirre. Although Aguirre is not well known among scholars who remain unable to read Spanish, his contributions to NT study are substantial and this volume is a fitting celebration of his work up to his sixty-fifth birthday. The articles in this volume are gathered around three themes found within Aguirre's work: the importance of method, the origins of Christianity, and the social and ecclesiastical relevance of studies about the origin of the Bible and early Christianity. The first four articles in the book examine various interdisciplinary approaches to the study of early Christianity. The authors (G. Theissen, H. Moxnes, J. Elliot and B. Malina) are well known to English readers and their translated articles (though original for this volume) are provided for Spanish readers. The next nine chapters contain the volume's original interpretative articles. All except two of these nine chapters were composed in Spanish by native Spanish speakers (C. Osiek's and P. Esler's articles were translated into Spanish). All nine chapters examine some aspect of early Christianity through the lenses of social-scientific criticism. The last three articles examine the relevance of social-scientific methods for use in the church. The volume is fresh, original and wide-ranging. Although the majority of the exegetical articles focus on the gospel narratives, the articles on Clement's letter to the Corinthians and on Paul's political orientation are also noteworthy. It is a "must have" for research libraries. This volume provides yet another illustration of the growing importance of Spanish-language scholarship within early Christian studies.
Ver más
Administrador del portal